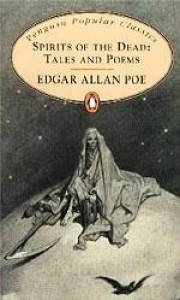 Spirits of the Dead: Tales and Poems

Edgar Allan Poe`s tales and poems draw the reader into an unsettling world of mystery and fear. In `The System of Doctor Tarr and Professor Fether`, `A Predicament`, `The Angel of the Odd` and other stories, characters are caught up in macabresituations, often with horrifying results. The poems are full of melancholic beauty whether in the disturbing images of death and events beyond the grave described in `The Raven` and `Lenore`, or in the hypnotic fantasy of works such as `The Bells`, `TheCity in the Sea` and `Annabel Lee`. Possessed of a powerful, richly inventive imagination, Edgar Allan Рое explored the darkest corners of the human psyche and is recognized as one of the first writers to offer a genuine American voice.

Отзывы и обсуждение:
Spirits of the Dead: Tales and Poems