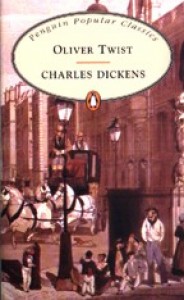 Oliver Twist is one of Dickens's most enduringly popular novels. Oliver Twist, a meek, mild young boy, is born in the workhouse and spends his early years there until, finding the audacity to ask for more food, he is made to leave. Apprenticed to an undertaker by Mr. Bumble, Oliver runs away in desperation and falls in with Fagin and his gang of thieves where he begins his new life in the criminal underworld. Under the tutelage of the satanic Fagin, the brutal Bill Sikes and the wily Artful Dodger, Oliver learns to survive, although he is destined not to stay with Fagin but to find his own place in the world. With its terrifying evocation of the hypocrisy of the wealthy and the depths to which poverty pushes the human spirit, Oliver Twist is both a fascinating examination of evil and a poignant moving novel for all times.