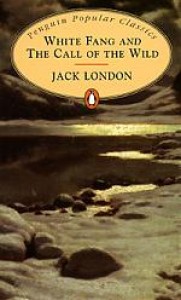 White Fang. The Call of the Wild

A superb work of adventure and imagination, "The Call of the Wild" tells the compelling story of Buck, part St Bernard and part Scotch shepherd dog. Betrayed and sold to Northern traders, Buck is forced to pull a sledge through the frozen Yukon. He and the other dogs on the team are brutalized and beaten until they are almost dead, but Buck is saved from cruelty by John Thornton, in whose care he learns to be loved. Buck has now learnt survival and self-preservation so that when he is free to return to the wild he is feared, admired and truly fit for leadership. Jack London's masterpiece explores the mythical kingdom of the primeval wolf with unflinching clarity of vision. "White Fang", the companion novel to "The Call of the Wild", tells of the offspring of an Indian wolf-dog and a wolf. The greatest fighter of them all, White Fang responds to savagery with savagery. Until he has the chance to respond to kindness... Издание на английском языке.

Отзывы и обсуждение:
White Fang. The Call of the Wild