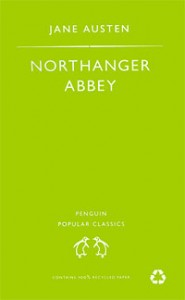 "Northanger Abbey" is Jane Austen's amusing and bitingly satirical pastiche of the "Gothic" romances popular in her day. Catherine Morland, an unremarkable tomboy as a child, is thrown amongst all the 'difficulties and dangers' of Bath at the ripe age of seventeen. Armed with an unworldly charm and a vivid imagination, she must overcome the caprices of elegant society, encountering along the way such characters as the vacuous Mrs Allen, coquettish Isabella and the brash bully John Thorpe. Catherine's invitation to Northanger Abbey, in her eyes a haven of coffins, skeletons and other Gothic devices, does lead to an adventure, though one she didn't expect, and her misjudgement of the ambitious, somewhat villainous General Tilney is not wholly unjustified. However, with the aid of the 'unromantic' hero Henry Tilney, Catherine gradually progresses towards maturity and self-knowledge. Формат: 11 см x 18 см.