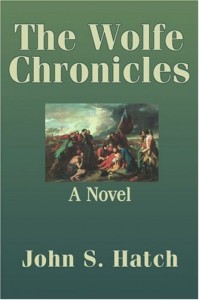 Set in modern-day Quebec city, the story follows the fortunes of a certain James Wolfe, an 'actor' so dedicated to the portrayal of the last moments of his famous military and antecedent of the famous 1759 Battle of the Plains of Abraham, that he is willing to incorporate into his shaky personality several of the General's better and lesser known faults and foibles, not excluding severe hypochondria and more than a touch of paranoia. His work is assisted by his fabulously patient and loyal wife Helene, as well as by the wildly innovative, opera-loving psychiatrist Dr. Gunnar Boll, who was actually the actor's esteemed dentist before losing certain indispensible digits in a tragic goose-hunting accident caused by his dog, Walid Jumblatt. The Wolfe Chronicles is part history and part humor with a sharp salute to the philosophy of the absurd; and while set in Quebec, its themes are easily recognizable as universal.